12 years ago World has seen Androids Play market and Apple App store, so 2008 could be proud calls the year of mobile apps birt. That year’s founders of TAGsoft were already working together as manual/automate QA experts. During next year they start the new chapter of their lives – mobile developers age. It was an interesting time because of a lack of technologies, weak devices and an extra small market( the main device of that time was Nokia on Symbian OS and we believe you also had it).

Device manufacturers are trying to minimize development difficulties and simplify development languages. As a result – simpler Swift and Kotlin languages. It was like fresh air for us in the early 10s. If before the mobile was considered as one of the points of contact with the audience, now in many areas it has become even more important than desktops. We have done more than 20 projects based only on mobile platforms with a short landing page that is proving mobile self-sufficiency in some industries.

Since that time we have grown in more than 20 times and now 25+ skilled mobile developers are working on MVPs, mid-market, and enterprise projects. They are members of Israeli, USA’s, Canadian projects and part of one big family – TAGSoft.

During 10 years we have faced different issues and technologies in many industries. It helps us to accumulate a lot of knowledge and power to orient quickly and to see the whole picture.
We have formed several directions in mobile development with High expertise. Why do we think we are experts in it? – Reasonable question. First of all – there were made at least 5 projects in each direction during the last 3 years. The second key point is – projects success. Yes, you are right – there should be a lot of marketing, after all, to make a project succeed, but feedback and tones of active users – is a good proof of quality.


Have an idea, but don’t know where to start?

We're ready to consult you and make a draft evaluation of your project within 24 hours. Just drop us a line.
Contact us

The process of application development is similar to construction and should begin with the stage of architecture development. Architecture serves as the basis and master plan, which is initially designed to support and develop the product in the future. The lack of a well-thought-out architecture is likely to doom the owners to a complexly supported, expensive and unstable project. We start our projects with architectural planning and recommend that everyone follow this right path.

Read more in our Blog

Based on our experience in the field of design, our product development team ensures that your users perceive THEM throughout the client’s journey, at every contact with your website and application.
We work closely with our team of software developers to ensure the technical feasibility of our projects within the limits of the project. At the same time, we are following innovative technologies that can make your product more modern.

We have been developing for android since the earliest versions. Every year the system becomes more complicated while becoming more balanced. Our vast experience helps us develop applications within the framework of the native paradigm and at the same time leave applications light and functional. Android is not limited to smartphones only, and we are also developing applications for wearable devices, AndroidTV, embedded systems, and IoT.

Since 2010, we began our history as developers of iOs applications. Appstore is significantly different from Google’s Playmarket and applications undergo much more checks, placement rules are sometimes unreasonably strict, but a lot of development experience for this platform allows you to successfully pass the App review and create applications ready for this.

Quite often, especially in the early stages of startups, there is a need to create simple prototypes, POC and MVP. In situations where the application is very simple and does not communicate at low levels with devices, it makes sense to develop a cross-platform solution.

Several solutions are suitable for this task and each will have its own advantages and disadvantages. We distinguish two main solutions: applications created using Flutter and applications based on ReactNative.

Behind the scenes of a good client-server application is a reliable back-end. Often, applications and back-end development are conducted in parallel, which allows you to debug their interaction gradually, with each new function. We strive to create a lightweight and redundant back-end that can work perfectly and not require the power of a quantum computer. Also, the back-end can interact well with other clients at the same time, be it a web application, a bot or a smart home device – we will organize a flexible multi-tasking architecture.

Testing is one of the important steps that customers often neglect. We recommend that you do not miss this stage and put it in the estimate since testing at the early stages will help to make your product more stable at the scale stage when a large number of users will reproduce all possible test cases and scenarios. We consider quality assurance and testing absolutely critical to every project 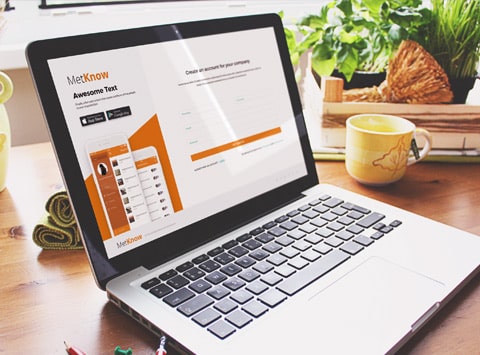 Have an idea, but don’t know where to start?

We're ready to consult you and make a draft evaluation of your project within 24 hours. Just drop us a line.
Contact us