A Pitch Meaning in Business: what is and how to use it properly?

It’s our 8th article from the “Startup series”, and today we will talk about pitch meaning in business?. Here are previous ones, so if you have passed them through – it could be also interesting, so you are welcome to check them too:

Usually, it is not enough for a startup to find a promising idea and assemble a quality product. The pitch session is the presentation of the project to investors. And it can be really deciding. Let’s talk about what pitches are, what well-known investors, entrepreneurs, and startup accelerators advise to focus on when preparing, and where the term “pitch” itself got into the business culture.

Pitch meaning: from baseball and reality TV to business.

In the modern business vocabulary, the term “pitch” has roots in sports. In baseball, it means throw from the defending team. The pitcher’s task is to throw the ball in such a way that the opponent misses and the teammate catches it without any problems. Due to the fact that it’s impossible for the players to talk, every pitch turns out to be a communication puzzle.

The success of the advertising “throw” also depends on the seller’s communication skills combined with the desire of the buyer to meet him halfway. Therefore, in the 40s of the last century, this baseball metaphor began being used to describe trade presentations. At that time, the USA witnessed a boom in direct sales: middle-class housewives became distributors of Tupperware and Avon – their earnings directly depended on their personal ability to tell about the product, “pitch” it. This is how the American culture got pitch meaning in business.

Later in the 20th century, many companies equipped pitches to select promising ideas. This practice has taken root especially well in the entertainment industry where supply sharply exceeds demand. Even now, media companies can simply wait until they get their hands on interesting material for a film or series. Previously, in order to pitch the idea of ​​a new show, it was required to arrange a personal meeting with an influential person. Then, this process became systematical, and festivals began to be held, where one session with the media experts and managers resulted in hundreds of evaluated ideas.

When you working on your pitch it should work together with your business plan(know more).

In the 80s and 90s, the term “pitch” began to be used in the usual sense – “the presentation of a technology startup in order to obtain investment.” During this time, home computers and their components became affordable enough for hobbyists to develop IT products from the comfort of their homes. As computer technology became more popular, more and more ideas came out on the market. And a new category of investors interested in such investments was only glad to hear them. So, practically simultaneously with the emergence of the modern startup culture, the pitch meaning in the business of IT was born.

Today, the average startup lifecycle is built around different pitches. In order to get into the accelerator, you have to make the recruiters bite the idea. In order to receive the first round of investments, you need to present the project to business angels. And so until the moment when such investments are no longer necessary. The concept of “business pitching” has permeated even popular culture through reality shows like Shark Tank and Dragon’s Den, whose hosts select the best business ideas suggested by ordinary people.

What is the pitch meaning in business?

The primitive form of pitching is napkin pitch, literally the presentation on the napkin. The idea is to explain the main idea of the project to the possible investor while they are having a cup of coffee. In this case your only available means are a pen and a napkin. Despite its simplicity, the napkin pitch concept is actively used by modern theorists and practitioners of design thinking.

Jean Liedtka, professor at the Darden School of Business (University of Virginia), suggests dividing the napkin into four quadrants during the pitch: Description,  Goals,  Requirements, Monetization. 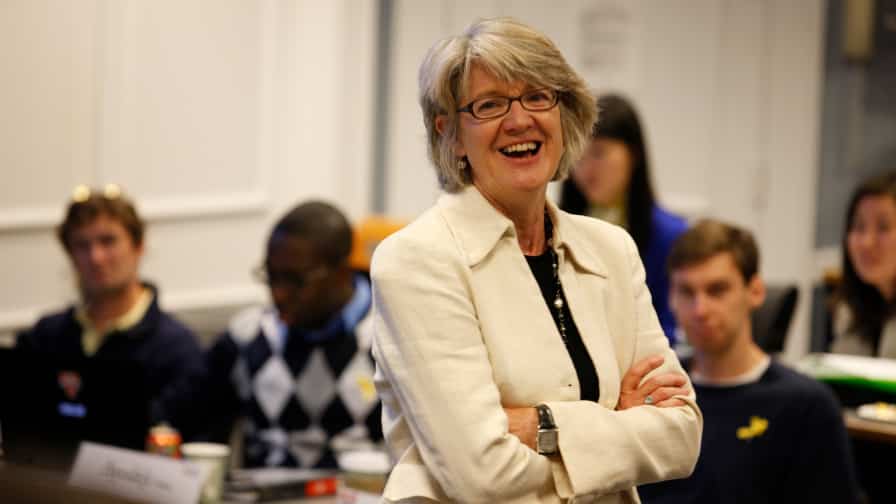 You should not expect overwhelming success and instant investment from such a pitch – the authors of the modern concept of the four quadrants themselves emphasize: the format is good, first of all, in order to explain the essence of the idea to an outside person (mentor or expert) as simply as possible – and get valuable feedback from him. In addition, such pitches – if they are held within the team – help stimulate the process of generating new ideas, consider alternative solutions and answer the question “What if …?”

Another popular pitch format is the elevator pitch. Legend has it that in the golden age of Hollywood, screenwriters chased producers and shared ideas wherever they met – even if the meeting took place in an elevator. The concept of “elevator pitch” involves preparing an effective speech that does not require visual support and takes less than a minute.

Such a speech should not contain narrowly professional slang, descriptions of complex concepts, or openly controversial statements so that it would be easier for an untrained listener to understand your proposal – and remember its essence. In modern realities, the concept of elevator pitch includes, for example, a short self-presentation at a business event when it is important to tell the audience or interlocutor who you are and what you are doing, leave a good impression about yourself, and at the same time not spend too much “airtime”.

Most of today’s pitches are full-fledged presentations. You may have heard about the “pitch deck”. That’s how the slides are called due to the analogy with the cardboard posters and projector slides. Preparing slides and, in fact, presentations is a whole art. “Theory” is analyzed in the framework of open courses on entrepreneurship (for example, in the courses of the University of Maryland, USA, and the Paris Ecole Polytechnique, France pitching is placed in a separate subsection). Business incubators and accelerators offer practice in conditions close to real ones – not to mention a variety of services and pieces of training designed to improve the skills of public speaking and pitch deck preparation. 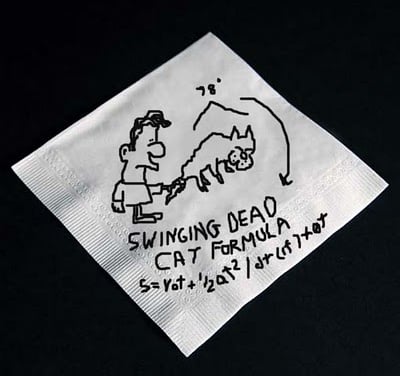 You don’t miss a moment with the napkin pitch or the elevator pitch because you get to tell about the project “in-between times”. However, a “classic” pitch is a planned event that brings together a well-prepared audience: investors, experts, employees of a business accelerator, representatives of big business. Pitches of this format are usually divided into short (3 to 7 minutes) and long. The short pitch meaning in business is to tell about your startup during various “mass reviews” – at conferences, hackathons, and demo days. A “big” presentation may be required for a personal meeting of a project with a fund or an investor – but even in this case, it is usually advised to allocate no more than 20 minutes for a pitch: the rest of the time will be required for communication and answering questions.

Tips for the better startup pitching

Dave McClure, a co-founder of the 500 Startups venture fund and accelerator, recommends opening such a presentation with an elevator pitch.

First, briefly explain the project to investors, and only then move on to details.

Most likely, investors will want to know more about the founders and their technical background. And also about how long they know each other, how the shares in the company are distributed between them, and how much time they devote to the project (especially if one of them works in a start-up part-time).

In addition, investors highly value competitive advantages. Therefore, everything that can be attributed to such (the expertise of employees, business experienced founders, their own developments and know-how) deserves special attention during the speech.

Mike Raab of Sinai Ventures recommends that you focus on what is your interest in getting help from these particular investors. As a rule, the reason is the experience that fund or business angel already had with similar companies and expertise in your market. So, it will be useful to show how you are similar and what differs you from the businesses that have already received their investment.

Dave McClure notes that if a company has several monetization channels, it is better to tell in detail about only one of them.

In a limited time environment, an attempt to “cover everything” may look like you are rushing about and unable to choose the most effective way to earn money (the rest can be discussed in the Q&A section).

How many slides should you prepare for your business pitch?

Bearing in mind the pitch meaning in business, companies usually count on 20 slides. This is the conclusion made by researchers from the DocSend company. In 2015, they cooperated with Harvard Business School, USA to study 200 project presentations that managed to attract investments in a total amount of $360 million. DocSend also calculated how long, on average, investors study a particular slide – the top-3 of the most popular ones contains financial performance, team, and competitors.

There different opinions of experts and statisticians about the optimal number of slides. Both Dave McClure and the well-known business guru Guy Kawasaki advise to make a presentation twice as short and limit themselves to 10 slides.

Former Apple CEO Jean-Louis Gasset recommends taking an even more radical approach. In his opinion, all that is needed for a successful presentation is three slides. The first describes the team’s expertise, the second talks about how the product will change the lives of users, and the third reveals the issues of monetization. According to Gasse, this information is enough for investors to understand whether they are interested in your product. If there is interest, questions will follow after a short presentation. If not, you will say goodbye without leaving the typical bad aftertaste of long and boring performances.

As you can see, the importance of the pitch meaning in business is explained by the number of brilliant ideas that exceed the time the investors can dedicate to learn about them. That’s why several types of pitching were brought up and most of them take just a few minutes. Despite the fact that as a startup founder you can tell really a lot about your company, there are some pieces of information that the investors want to hear about the most: financial performance, team, and competitors. So, keeping your pitch short and simple may even be your best strategy.